Read more about the 2021 call for nominations here.

The purpose of this award is to recognize and encourage outstanding experimental or theoretical contributions to subatomic physics. While the main criterion for awarding the Vogt medal is the excellence of the research accomplishments, preference will be given for a recent important advance in subatomic physics and to researchers who are still active. The candidate’s research should have been done primarily in Canada or in affiliation with a Canadian university, industry or government laboratory.

The medal will be awarded by the Canadian Association of Physicists on the recommendation of a selection committee established by the Canadian Association of Physicists and TRIUMF. In addition to the medal, the recipient will receive a certificate citing the contributions being recognized by the award and a small monetary award. The recipient will also be invited to give a talk at the CAP Congress where the medal will be presented. 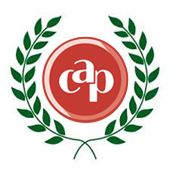